A very simple test to diagnose my problem

A very simple test to diagnose my problem

After being diagnosed as being pre-diabetic I was offered Metformin by the GP. I decided to decline the offer and go it alone. After many fumbles I finally came across the Atkins diet and then the low carb diet. I soon realised that although I was classified as prediabetic I had a very low tolerance for carbs. On further reading I came away with the understanding that I was very insulin resistant ie I had plenty of insulin but for many reasons the mechanism by which it operated had been compromised.

I got interested in ketogenic diets and was happy to discover that I got good results for being in nutritional ketosis. Finally something that I was good at. On that "other forum" I showed my results , one poster immediately said I was in nutritional starvation, a bit strange I thought, considering I was getting around 1700 cals/day and all from very healthy foods.

After some time I began to think that perhaps I did not have plenty of insulin, but rather, not all that much and thats why I had difficulty handling carbohydrates.

Unfortunately my health fund does not do insulin tests for the likes of me, nor is there a home test kit available on the market. However what can be done is measure your blood glucose: Ketone {BHOB} ratio. and this will give you a very good idea of" is your insulin level high or low". ie a simple test that can be completed withing five mins in the comfort of your own home.

I have quite a few results, and I am pretty sure the answer to my self asked question ie high or low insulin in my body, my understanding is thats its low.

Fortunately I have recorded all the details of my meals, so that I can refer back and adjust my macro nutrient best fit  the test values that I wish for . At least thats the hope.

I welcome any critisims of the above.
Paul1976 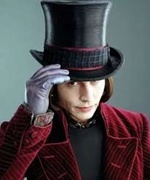 Getting a plasma insulin level test is virtually unheard of too here in the UK but another test they carried out on me was the C-Peptide level test which I believe C-Peptide is a by-product of naturally produced insulin in the body,mine came back low which I was informed meant my naturally produced insulin levels were low...Is that something that might be available as well in your part of the world and with your current healthcare plan?

Thanks for a great post Pasha. Without wanting to form a mutual appreciation society I hope you stick with this forum, as I hope all the members stick with us and post on a regular basis. No criticism of your post, but a few points I think are worthy of discussion. I expect you and others know what I am saying, but worth mentioning I reckon.

You said “I had plenty of insulin but for many reasons the mechanism by which it operated had been compromised.”  Around 90% of diabetics are type two, around 80% are overweight at diagnosis. Most medical professionals and type two diabetics are unaware a heavily overweight diabetic at diagnosis can have over three times the circulating plasma insulin levels as slim non diabetic.  So, the obvious test for a pre diabetic or newly diagnosed diabetic would be a plasma (blood) insulin level check. If the patient was very high in plasma insulin, the medic would know many things. He would know the beta cells were in good shape. He would know the main problem was acute insulin resistance. The last thing he should do is offer insulin, insulin mimetics, a most type two drugs.

The second test he should do is and R and R interval test. This is a very cheap and simple test, a bit like an electrocardiogram but only using four electrodes. This measures the difference of a diabetics pulse rate when breathing in and out. This tells the medic how much damage the diabetic has succumbed to the main nerve in the body, the vagus, this would tell the medic how aggressively he needed to treat the diabetic. Early detection of nerve damage can be reversed if treated swiftly, correctly and aggressively.

These tests are never carried out by the NHS. Without these tests a medic is completely in the dark and why we see such lamentable statistics trotted out by the audited NHS diabetes reports every year. I have talked to medics and diabetes nurses who have never even heard of the tests, but they are amongst the first carried out by in my opinion the world's leading blood glucose expert Dr. Richard Bernstein. The bottom line, most medical professionals know next to nothing about human metabolism and the good control of diabetes. Most dietitians are a complete and utter health hazard to the average diabetic. And far to many people modding forums do more harm than good. And it should be remembered, in the UK many diabetics cannot get free prescription test strips, what chance do these poor souls stand?

I appreciate there is no more biased low carber than me, I have waited over seven years for a fellow diabetic, or healthcare professional to show me a better way, I will wait forever, because there is at the present time no other way that works. Many profess to not needing to low carb, they wax lyrical and vilify low carb and a higher fat diet at every opportunity, but never ever offer a sound alternative. Some people make a lot of noise (no names no pack drill) but over the years they have shown themselves to be at best, totally incompetent, and at worst, out and out liars.

As I often say to Graham. The betus, it's a funny old game.

Sorry Paul looks like our posts crossed but great minds think alike eh mate.
_________________
Type two diabetic-low carb diet (50 carbs per day) and two 500mg Metformin pills per day. Apart from diagnosis HbA1c almost 12-all HbA1c results none diabetic. For over eight years my diabetes medication has not changed. My weight has remained stable, I have suffered no ill effects from my diet whatsoever. Every blood test has proved, I took the right road to my diabetic salvation. For almost seven years, I have asked medical professionals and naysayers, how do I maintain non diabetic BG levels on two Metformin other than low carb ? The silence has been deafening !
Pasha

Getting a plasma insulin level test is virtually unheard of too here in the UK but another test they carried out on me was the C-Peptide level test which I believe C-Peptide is a by-product of naturally produced insulin in the body,mine came back low which I was informed meant my naturally produced insulin levels were low...Is that something that might be available as well in your part of the world and with your current healthcare plan?

My test showed "less than 0.5 mg/dl" means most probably that I didnt have a boil on my backside and about as useful. I could have done the sit down test for that.
If I really wanted it tested properly I need to go to the next step in medical care, ie to a specialist. This I can do because I pay for an extra insurance plan. Havent bothered so so because I have some other health problems as well.
chris c

I recall another useful test but don't remember the details. Something like a glucose challenge but measuring the BG and insulin levels after the first ten minutes, which gives a good estimation of IR.
My problem is that I don't have and probably never have had a proper Phase 1 insulin response but even after 60 years my Phase 2 insulin still works well. I did have IR and now I don't. This results in BG shooting up after eating carbs, then dropping back often significantly below normal after 2 - 4 hours. I know a small but significant number of folks with the same problem, only about half of them progressed to diagnosed diabetes, the others remained "prediabetic" BUT in all cases a low carb diet has effectively normalised their BG and improved BP and lipids. Others have completely different patterns but little attempt is made to find out the details. Frankly since most doctors believe diabetes is always progressive and we will all die young of CVD with or without pieces missing, and many see Type 2 as a "lifestyle choice" and not a Real Disease like Type 1, they have little incentive to investigate.
Sponsored content