Nobhead aka Pinocchio never gives up. 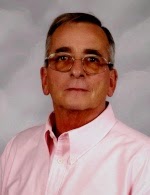 Nobhead aka Pinocchio never gives up.

Readers here will have seen the antics of the PHAT phobic Sid Bonkers at the flog this week. Sid as always made a complete chump of himself, with his much ranted misinformation re. eating fat makes a diabetic insulin resistant. Well as was seen the antis were wrong and lost the argument. Fortunately for the antis, the low carb higher fat anti Nobhead a forum mod, locked the thread in a damage limitation exercise. Well, checking in at the flog this morning, Nobhead has started a new thread called 'The Role of Dietary Protein and Fat in Glycaemic Control in Type 1 Diabetes' Now, I have one very keen sense of smell, and this thread stank like four pound of condemned veal, I did not have to wait long for the stench to worsen.

From the Nobhead a few hours after starting the thread "High-fat meals can make you insulin resistant for several hours after eating, if you've got the book Think Like a Pancreas there's a good explanation in there that explains the process." He is wrong, very wrong, but telling the truth was never a strong point for the Nobhead as can bee seen here. http://thelowcarbdiabetic.blogspot.co.uk/search?q=noblehead+liar

The book Think Like a Pancreas is the low carb antis Bible, they have referred to it on many occasions.

Something I wrote back in January on the Low Carb Diabetic blog.

Gary Scheiner author of Think Like A Pancreas can't hold a safe HbA1c !

Over at the forum diabetes.co.uk, a certain group of low carb antis, have besmirched the Dr. Bernstein low carb method of blood glucose control for years. On many occasions, these people have advised diabetics to read Gary Scheiner's book 'Think Like A Pancreas' Clearly Gary Scheiner is a hero to the low carb antis. Let's get one thing straight from the start, I am sorry Gary's HbA1c is in the danger zone, and sincerely hope he can get back to better blood glucose numbers quickly. A short extract from an article by Gary posted here.

"Maybe the same can be said for blood sugar control. I think my practice does a pretty good job helping people to meet their diabetes management goals. But quite frankly, my control stinks. My A1c has crept up to nearly 8%, and despite using a pump and CGM religiously, I still experience more than my fair share of lows."

"Dietary Discipline – Like many people with type-1 diabetes, I have an appetite that just won’t quit. Perhaps it’s genetic, or maybe the lack of the amylin hormone really does make a difference. Regardless, I’ve always struggled to avoid munching between my usual meals and snacks, and I tend to overeat – especially when faced with hypoglycemia. I’ve taken to using liraglutide (Victoza) on a daily basis to help curb the hunger, but I still often find a way to eat myself into trouble."

A quick Google around for what Gary's diet may comprise of came up with this.

"Great discussion today in the live interview with Gary Scheiner. I asked a question about low carb diets and T1. Gary's response surprised me, because he basically said that low carb diets are inappropriate for T1. They're more suited to T2, he said. I went back and listened again to his reasoning (13:40-19:50 mins is that portion of the discussion). His theory is that dietary protein, which low carbers rely on, is "meant for" muscle development, bone, etc. But in a low carb diet, protein is instead being used for energy, brain, nervous system, etc - i.e. the things that carbs are supposed to take care of. So Gary recommends at least 100 carbs per day, which he says simplifies your blood sugar control."

So, Gary is not a low carber, despite being an expert on blood glucose control, an insulin pump, CGM, and Victoza, he cannot get to safe BG numbers. Now, who am I going to take diabetes advice from, Bernstein who has held HbA1c in the mid fours for years, or a man that with every advantage that modern science can provide, but can't get close to a safe BG number.

The DCUK low carb anti mods love the openness of Gary's words, as can be seen here. The reason I suspect, is because they cannot get good control themselves. That being the case, could it be the reason they have posted misinformation for years, because it makes them feel better, if they can get everyone down to their level of failure? Could it be as Gary has admitted to, they have no discipline regarding food intake and dietary control. One thing is for sure, getting honest answers from the antis is impossible, as they have proved on numerous occasions.

A quote from Noblehead, the new forum mod and staunch low carb anti, who has just gone onto an insulin pump.

"Try and get a copy of the book Think Like a Pancreas by Gary Scheiner, it's a must read for anyone living with type 1 diabetes." Posted here.  http://www.diabetes.co.uk/forum/threads/stupid-but-need-to-ask.69489/#post-717354

The $64,000 question must be, is Gary following his own advice? Maybe Gary should be getting hold of a copy of Dr. Bernstein's 'Diabetes Solution' I have.
_________________
Type two diabetic-low carb diet (50 carbs per day) and two 500mg Metformin pills per day. Apart from diagnosis HbA1c almost 12-all HbA1c results none diabetic. For over eight years my diabetes medication has not changed. My weight has remained stable, I have suffered no ill effects from my diet whatsoever. Every blood test has proved, I took the right road to my diabetic salvation. For almost seven years, I have asked medical professionals and naysayers, how do I maintain non diabetic BG levels on two Metformin other than low carb ? The silence has been deafening !
graham64

Re: Nobhead aka Pinocchio never gives up.

On the other hand those that choose to low carb prefer Dr. Bernstein's methods: 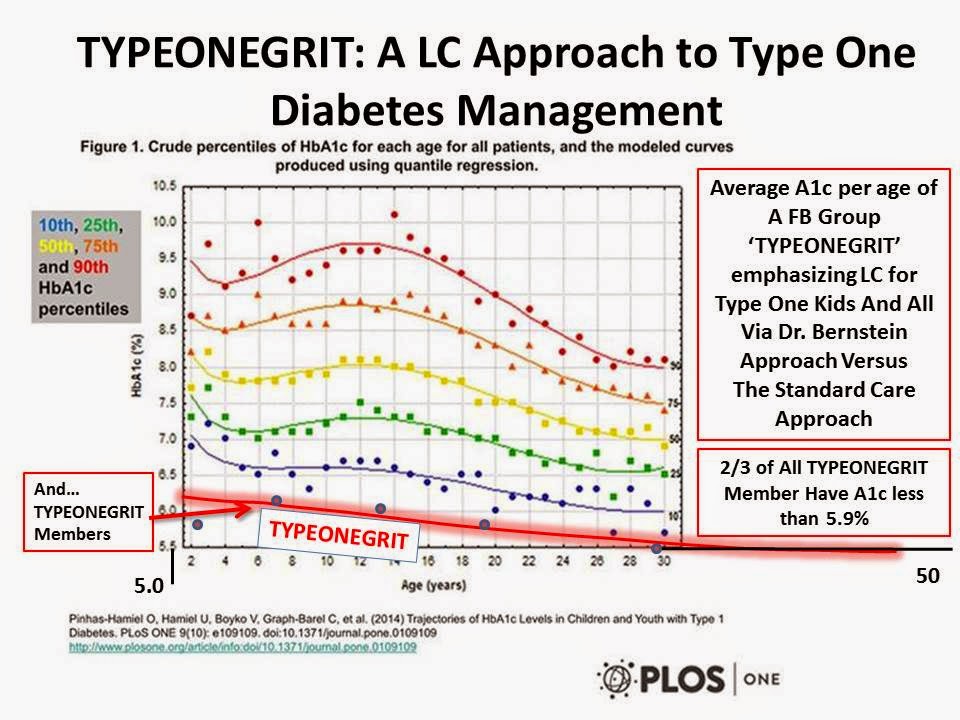 Proving the LowCarb sceptics wrong for over ten years

Not all cherubs are Angels

nor all diabetics Bonkers